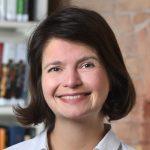 Sabine Fuss is an economist, currently leading a working group at the Mercator Research Institute on Global Commons and Climate Change. She holds a professorship on Sustainable Resource Management and Global Change at Humboldt University of Berlin. Her research interests are in sustainable development, land use change and deep decarbonization with a special focus on Caron Dioxide Removal (CDR). She has been an IPCC Lead Author for the Special Report on 1.5°C global warming and serves on the steering committee of the Global Carbon Project.

The role of Carbon Dioxide Removal for CO2 Neutrality
Reaching net-zero emissions by the middle of the century is a necessary condition for reaching the Paris climate goals according to the IPCC Special Report on 1.5°C Global Warming. Carbon Dioxide Removal (CDR) is an important component of all 1.5°C pathways with limited or no overshoot. While there is now more knowledge on the different technologies and practices for CO2 removal (CDR) and there is some flexibility to reduce the dependence on it through more ambitious emissions reductions via the demand side, it is clear that CDR will play a role (especially with further delays in increasing the emission reduction ambitions), though it cannot substitute for radical and swift emissions reductions. Which pathway is ultimately chosen – including the extent and type of carbon removal – will also be a societal choice. Still, few countries consider deliberation of CDR portfolios or policies for scaling up CDR in their current discussions on carbon neutrality. In this keynote I want to give an overview of the scenario space, options to withdraw CO2 from the atmosphere and illustrate the challenges of implementation using a country case.

Scott Barrett is a leading scholar on transnational and global challenges, ranging from climate change to disease eradication. His research focuses on how institutions like customary law and treaties can be used to promote international cooperation.
He has advised a number of international organizations, including the United Nations, the World Bank, the OECD, the European Commission, and the International Task Force on Global Public Goods. He was previously a lead author of the Intergovernmental Panel on Climate Change and a member of the Academic Panel to the Department of Environment in the UK.
For further information see the full profile. 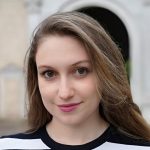 Andra Meneganzin is a Ph.D student in Biosciences at the Department of Biology of the University of Padova (Italy), attending the specialized curriculum in “Evolution, Ecology and Conservation”. Her training is in philosophy, but she is currently pursuing an interdisciplinary education across the boundaries of philosophical and scientific disciplines. Her main research interests concentrate within the fields of history and epistemology of evolutionary sciences, with a particular focus on theoretical aspects of human evolution and palaeoanthropology, and on the philosophical issues in conservation biology related to anthropogenic activities. She is also active in science communication, writing on subjects related to the natural sciences, evolutionary biology, philosophy of science dissemination and public issues in scientific research.

From niche construction to ecological traps: an evolutionary perspective on anthropogenic climate change
Climate change has historically been an evolutionary determinant for our species, affecting both hominin evolutionary innovations and extinction rates, and the early waves of migration and expansion outside Africa. Today Homo sapiens has turned itself into a major geological force, able to cause a biodiversity crisis comparable to previous mass extinction events, shaping the Earth surface and impacting biogeochemical cycles and the climate at a global level. We argue that anthropogenically driven climate change must be understood in terms of a monumental niche construction process, generating long-term ecological inheritance and eco-evolutionary feedbacks that are putting our health and well-being and those of future generations at risk. We then list five major sources of climate change counter-intuitiveness, highlighting how evolved cognitive biases and heuristics may stand in the way of providing effective responses within tight deadlines. Drawing on our framing of the climate breakdown, we finally call for an evolutionary perspective in approaching the adaptive challenge posed by climate change: we argue that putting the brakes on a genuine self-endangering evolutionary trap ultimately depends on our counteractive niche constructing abilities, played at the level of our institutional and innovation capacity.