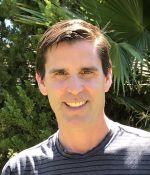 Mark Z. Jacobson is Director of the Atmosphere/Energy Program and Professor of Civil and Environmental Engineering at Stanford University. He joined Stanford’s faculty in 1994. He seeks to understand air pollution and global warming problems and develop large-scale clean, renewable energy solutions to them. He has published five textbooks and 172 peer-reviewed articles. The most recent book is 100% Clean, Renewable Energy and Storage for Everything, from Cambridge University Press. He has received awards in 2005 and 2013 for his work on black carbon climate impacts. He also received awards in 2013 (Global Green Policy Design Award), 2015 (PNAS Cozzarelli Prize), 2018 (Judi Friedman Lifetime Achievement Award), and 2019 (Apolitical) for his work on energy. He has served on a committee for the U.S. Secretary of Energy, given a TED talk, appeared on the David Letterman Show, and cofounded The Solutions Project. His work is the scientific basis of the energy portion of the U.S. Green New Deal and of 100% renewable energy laws worldwide.

Transitioning Italy and the world to 100% clean, renewable energy and storage for everything
Global warming, air pollution, and energy insecurity are three of the most significant problems facing the world today. This talk discusses technical and economic roadmaps designed to address these issues. If put in place, the roadmaps will substantially eliminate global warming and seven million air pollution deaths worldwide each year while creating millions of jobs and reducing energy costs, catastrophic risk, and international conflicts over energy. The plans call for converting the energy infrastructures of homes, cities, states, and countries of the world, including Italy, to those powered by 100% wind, water, and sunlight (WWS) and storage for all purposes (electricity, transportation, building heating/cooling, and industry). To date, roadmaps have been developed for 127 international cities, all 50 U.S. states, and 145 countries. Results indicates the electric power grid can remain stable at low cost worldwide with these roadmaps. The talk also discusses policies and laws in place to date resulting from these roadmaps, public opinion, and what is still needed to transition fully. Please see the following links to papers and a textbook 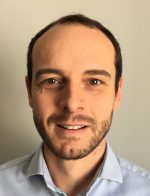 Antoine Dechezleprêtre is a Senior Economist – Head of Unit in the Productivity, Innovation and Entrepreneurship Division, Directorate for Science, Technology and Innovation (STI), OECD.
His work deals principally with the role of innovation and technology diffusion for the green transition; the impact of environmental policies on innovation, technology adoption, emissions, productivity and firm performance; the impact of Intellectual Property Rights (IPR) on international technology transfer; and the role of academic entrepreneurship for innovation and productivity growth.
Antoine’s work has been published widely in international scientific journals in the fields of applied microeconomics, environmental economics and energy economics.
Antoine holds a PhD in economics from Ecole des Mines de Paris (France). Before joining the OECD, he was Associate Professorial Research Fellow at the Grantham Research Institute of Climate Change and the Environment, London School of Economics, and then headed the Green Growth work stream joint between the Economics Department and the Environment Directorate of the OECD. He is the winner of the 2020 European Award for Researchers in Environmental Economics under the Age of Forty.

Assessing the Economic Impacts of Environmental Policies
Over the years, governments have gradually adopted more rigorous environmental policies to tackle challenges associated with pressing environmental issues, such as climate change, air pollution, waste management or biodiversity loss. The ambition of these policies is, however, often tempered by their perceived negative effects on the economy. Do differences in the stringency of environmental policies across countries alter firms’ competitiveness and cost jobs? Does taking the lead trigger a first-mover advantage? What are the differentiated impacts across firms, industries and regions? And are these policies effective in reducing emissions from industry? A recent OECD publication presents evidence from a decade of research and analysis on the relationship between environmental policies and economic outcomes such as employment, investment, trade and productivity 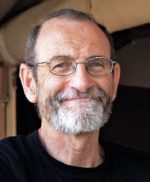 Chris Field is the Perry L. McCarty Director of the Stanford Woods Institute for the Environment and Melvin and Joan Lane Professor for Interdisciplinary Environmental Studies. His research focuses on climate change, especially solutions that improve lives now, decrease the amount of future warming, and support vibrant economies. Recent projects emphasize equitable decarbonization paths, including natural climate solutions, as well as decreasing risks from coastal flooding and wildfires. Field was the founding director of the Carnegie Institution’s Department of Global Ecology, a position he held from 2002 to 2016. He was co-chair of Working Group II of the Intergovernmental Panel on Climate Change from 2008-2015, where he led the effort on the IPCC Special Report on “Managing the Risks of Extreme Events and Disasters to Advance Climate Change Adaptation” (2012) and the Working Group II contribution to the IPCC Fifth Assessment Report (2014) on Impacts, Adaptation, and Vulnerability. Field chaired the National Academies of Sciences, Engineering, and Medicine committee on solar geoengineering research and research governance (2021) and co-chairs the American Academy of Arts and Sciences commission on accelerating climate action. His widely cited work has earned many recognitions, including election to the US National Academy of Sciences, the American Academy of Arts and Sciences, the Max Planck Research Award, and the Roger Revelle Medal.

Accelerating Climate-Change Solutions: Designing for Near-Term and Long-Term Benefits
Past thinking about investments in climate-change solutions typically characterized them as pulling resources away from productive near-term uses. Investments in mitigation were viewed as required to meet long-term commitments, and investments in adaptation were viewed as valuable, but only under a narrow range of conditions associated with climate extremes. Increasingly, it is clear that a broad range of investments in both mitigation and adaptation can provide both near-term and long-term benefits. High levels of near-term benefits can come from four factors: (1) technology leadership and its influence on market dominance, (2) lower cost or higher performance, (3) increased efficiency, and (4) multi-hazard risk reduction. Developing all four in ways that balance environmental justice with economic opportunities remains a challenge. Still, a wide range of climate-change solutions can contribute simultaneously to mitigation, adaption, near-term economic growth, and a just transition.