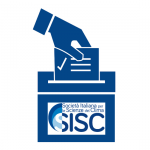 The result was announced during the SISC General Assembly of Members, held in second convocation on October 21st, 2022, during the the 2022 Annual Conference.

The resuls are the following:
• PAOLA MERCOGLIANO for the position of President-Elect. Her two-year presidential term will begin in January 2025. She will serve as President-Elect in 2023 and 2024 and for other two years as Past-President, at the end of the presidential term.
• VALENTINA BACCIU e SILVIA TORRESAN for the position of ordinary Council members. They will serve for four years beginning in January 2023.

We would like to thank all the candidates for participating in the elections and wish the new President-Elect and the new Council Members every success.

We thank the Nominating Committee – composed by Donatella Spano (chair), Nadia Pinardi and Monia Santini – for the choice of the candidates.